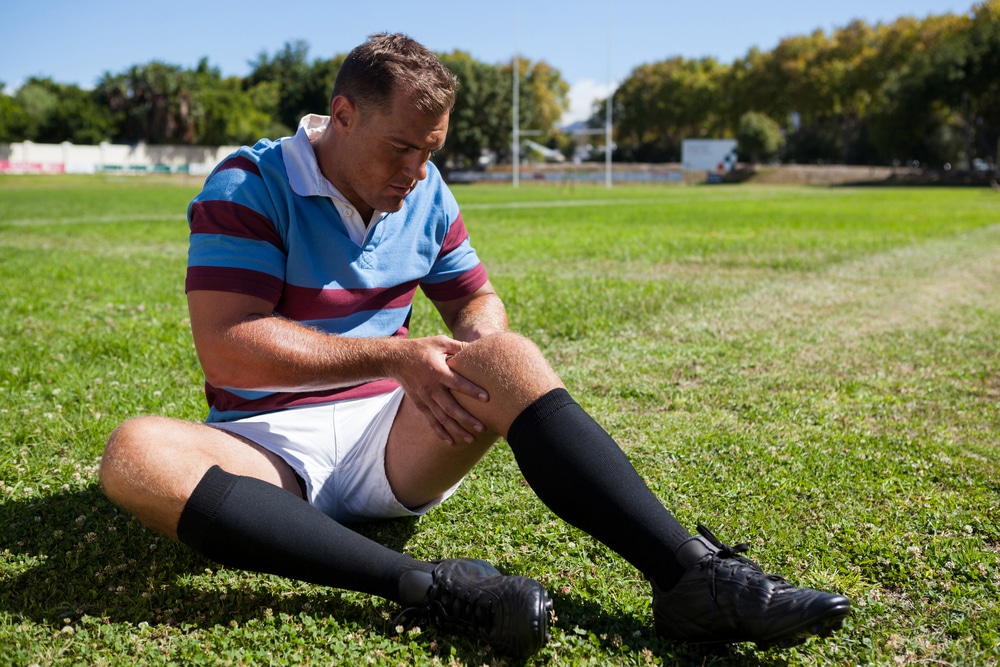 In Britain, rugby remains as one of the most popular sports. Around the world, it is also gaining popularity. And as more people start playing ( the largest increase is among females), that means that injury rates are also increasing.

So, what are the most common injuries associated with rugby and how do you treat them?

Since rugby involves a lot of running over a long period, overuse injuries are by far the most common. This type of injury is also common in runners, footballers, cyclists etc.

An overuse injury in rugby normally involves the tendons, such as tendonitis, or medial tibial stress syndrome (shin splints). These aren’t normally serious injuries and symptoms will gradually disappear once resting. However, if you continue to play with the injury, it could affect your performance and possibly lead to more complications.

Due to the nature of the sport, contact and collisions injuries are extremely common. This can lead to many different types of injuries, including bruising, strained tendons and ligaments. But the most common are fractures because of the bones’ lack of ability to absorb such an amount of strain.

Fractures are most common on limbs and of the skill, as helmets are not worn.

Dislocations are also extremely common. Because of jumping and the impact on other people or the ground, is particularly common in the glen humeral joint (also known as the shoulder joint).

These always require medical attention and shouldn’t be delayed if you suspect a fracture or dislocation.

It is also worth noting that the tacklers are equally likely to suffer fractures or dislocations compared to the one being tackled.

Cuts to the body and face are common in rugby, either from impact with soil, other people or, in worst case scenario, another player’s footwear. If these large cuts occur, a first aider should assess the injury and whether the player can carry on playing and seek further medical attention. If it’s severely bleeding and not clotting, you should contact the emergency services.

Any sport that involves impacts and running will be at risk of concussion. Rugby is the fastest and highest impact sport, meaning concussions are extremely common. It isn’t recommended that players carry on playing with a concussion as the symptoms (confusion, dizziness, blurred vision and headaches) will likely only put them at further risk of another type of injury.

If you suspect you play rugby and believe you have suffered an injury, contact London Bridge Orthopaedics today.