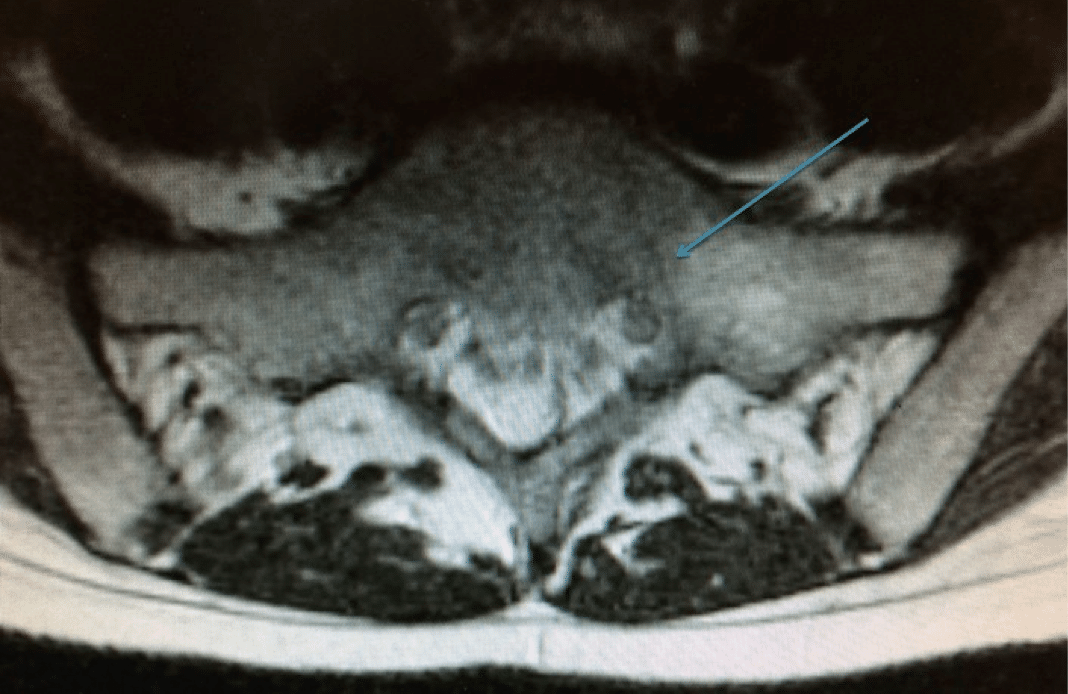 Stress fractures occur more commonly in female runners and military workers. These fractures typically manifest unilaterally, affecting the bones of the lower limb. However, stress fractures rarely arise in the sacral bone. Sacral stress fractures can go undiagnosed for a long time due to similarities to other conditions, such as sciatica. It is important that differential diagnosis is carried out when symptoms have not improved over time.

What is the Sacrum? The sacrum is a triangular-shaped bone located at the base of the spine and formed by the fusion of 5 sacral vertebrae. The sacrum forms joints with four other bones and is anatomically inserted between the two hip bones to support the spine.

What is a Stress Fracture?

Stress fractures are caused by repeated, rather than sudden, mechanical stress and are classified into two distinct groups: insufficiency and fatigue. These occur when structurally weak bones are subjected to normal physiological stress and normal healthy bone is not able to endure excessive load.

Fatigue stress fractures are often misdiagnosed because patients can experience pain which is similar in nature to mechanical low-back pain and, in these circumstances, the prognosis worsens as an easily manageable stress fracture can potentially advance to a complete fracture.

What Causes a Sacral Stress Fracture?

The exact underlying pathological mechanism for the development of sacral stress fractures has been difficult to determine. Nonetheless, existing theories are based upon Wolff’s Law. This establishes that progressively repetitive micro-traumas stimulate bone reconstruction. The sacrum acts as the foundation at which majority of the upper body’s vertical forces converge. The persisting stress does not allow enough time for the new bone to develop. Consequently, the bone structure weakens at the site, eventually advancing into a stress fracture.

How is a Sacral Stress Fracture Diagnosed?

An accurate differential diagnostic process requires a high degree of clinical suspicion and a thorough elimination process. This is because a diverse range of conditions can mimic the symptoms of a sacral stress fracture, most commonly sciatica.

Further diagnostic imaging is required to be certain of a sacrum stress fracture by utilising an MRI. Bone scans are the most sensitive imaging technique which can potentially reveal irregularities within 6-72 hours after the onset of symptoms, compared with 12 weeks for x-rays. Both CT and MRI are regarded as more specific and the resulting images are considered diagnostic may fail to detect a bilateral sacral fracture.

Treatment of a Sacral Stress Fracture

In the early stages of management, adequate control of pain relief with NSAIDs drugs, such as ibuprofen, can resolve patient’s symptoms and prevent the risks associated with long periods of immobilisation.

The core objective of effective treatment is to heal the fracture by initiating an early progressive rehabilitation programme. This can be achieved conservatively by stopping precipitation of weight-bearing activity and other impact sports. Furthermore, encouraging conditioning exercises that reduce abnormal loading onto the pelvis such as, aqua jogging, swimming, or stationary biking while advising the use of crutches to ease the pressure on the sacrum and perhaps avoiding complete bed-rest.

Most patients are able to resume with physical activities within 4-6 weeks. In athletes, the average delay in returning to strenuous activity is 1.5 month, but this figure could be a maximum of four months, depending on the severity of the sacrum stress fracture.

A 22-year-old female patient was referred to our spine outpatients’ clinic with a three-week history of pain in the lower back, radiating down to the left buttock. She experienced an acute onset of pain which was initially aggravated upon standing and walking. There was no history of recent trauma although she mentioned she was a keen runner and ran a few times every week for a few miles.

Two weeks prior to her attendance at our spine clinic, her referring physician had prescribed her ibuprofen 400mg (3 times daily) and a session of physiotherapy which she attended. Over these two weeks, the patient reported a gradual improvement in her symptoms.

The clinical examination revealed a normal gait. She was able to stand on her tip-toes and on her heels without any discomfort. The range of motion in her lumbar spine was normal in all directions. The patient had not taken any painkillers on the day of her examination. Straight leg raise test was negative on both sides. There was no distinct motor or sensory deficit in her lower extremities. Knee and ankle reflexes on both sides were equal and normal.

An MRI scan of her lumbar spine was requested to investigate her symptoms further, which revealed that she had sustained a fracture to her left sacrum. The fracture was possibly related to her running activities and known as a sacral stress fracture. A dual energy X-ray absorptiometry (DEXA) scan was then requested to assess her bone density that revealed normal results for an individual of her age. There was no evidence of osteoporosis or osteopenia. She was advised to stop running for 3-4 weeks to achieve complete resolution of her symptoms.

The patient was reviewed a week later and her symptoms had improved significantly. Therefore, a decision was made to manage her condition without any surgical intervention. She was also advised to avoid any vigorous physical activities for a period of 6-12 weeks to allow the fracture to heal.

Three months later, the repeat MRI scan of her lumbar spine revealed maturation of signal changes in the left sacrum – evidence suggesting the fracture had been healing well.

Upon reassessment, the patient stated that she had been doing well and was totally pain-free. She was then discharged from our clinic with advice to take calcium and vitamin D supplements and to start doing gentle exercises, as it was felt that the sacral stress fracture would heal completely over time.